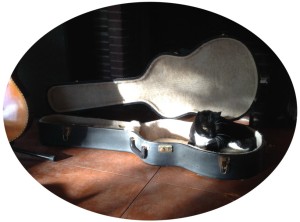 Bela is our Lovely Daughter (LD) and Son-in-Law’s (SIL) recently departed 18-year-old cat. Bela walked into our SIL’s life years ago, before he ever met our LD. Bela came as part of the package. A sweet, people-loving cat with a sometimes squeaky voice.

I’ve been pondering my relationship to Bela. I think he’s my grandcat. Of which I now have several. All rescued or strays.

I think Bela wouldn’t mind if I tell this story about him.

In his last years Bela was stalked and terrorized by J, the next-door female cat. Things weren’t always this way.

One day, J decided Bela’s house was actually her house into which she could come at will, looking to pick a fight. She also sat in her back doorway, glaring out at the world and watching for Bela to appear in the backyard so she could torment him with no more than a look. Dear Bela became a refugee in his own home. Adamant about NOT going outside if J was there.

J died several months ago (may she rest in peace). Now Bela had the yard all to himself. It took a while, but gradually he got more and more adventuresome.

Just a few weeks ago, Bela visited J’s house for the last time. He hadn’t done that for months, even years. But the door was open, so he walked right in, made the rounds and peed in three different and doubtless strategic spots. Take that! And that! And that!

Bela was fortunate. He was lavished with love from the beginning, and outrageously pampered in his last years. Here and above are a few photos from his later years. 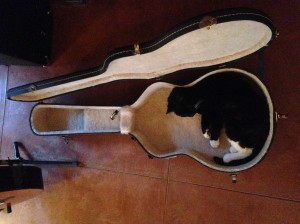 The best thing to do in a guitar case… 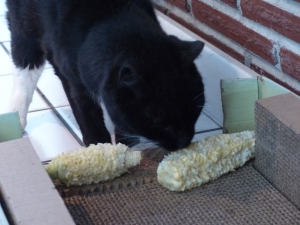 Getting the throw-aways while they’re hot! 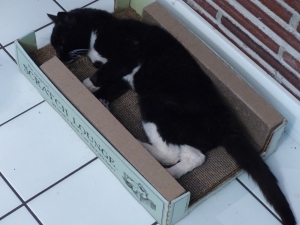 Time for a nice snooze on my cat lounge 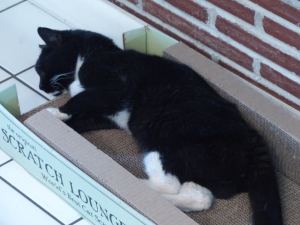 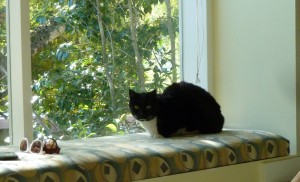 That’s the news for now, folks!
Happy June, everybody!