Through the Looking-Glass, Cambridge 1969

I’ve been dreading this post. That’s partly because I’m looking back at old photos from 1965 to 1969. Not wanting to leave them or their memories behind. So I’ve decided this won’t be the last Early Marriage post. It will be the next-to-the last, with a few more photos!

Early marriage and motherhood were magical. Yes, there were unexpected, often distressing ups and downs. Yet I was surrounded by people I trusted, and felt reasonably capable of being a mother without becoming overwhelmed.

Not that everyone and everything was perfect. It wasn’t. Still, I was glad to be married, redirecting my energy toward at least part of my new family of choice. I was also relieved that, on the whole, I’d managed to get through all those first-time-I-ever-did-that experiences. It was like hitting the jackpot several times–once and done.

Not that the rest of my life has been a downer. It hasn’t been. In fact, sometimes it had more drama and excitement than I wished for. But for me, getting through all those first things was an accomplishment in itself. It gave me confidence that we would be able to do this marriage and parenthood thing together–D and I.

I wish I could report that everything we worked on in our relationship was successful. I cannot. Between us, we carried a lot of unfinished business when we moved on to the next chapter of our life together. But that’s for another post and the next series.

For this post, I’ve chosen several old photos I especially enjoy. They convey hope for the future, beginning with the photo of our son at the top of this post. They aren’t picture perfect. They do, however, capture the beauty, tenderness and craziness of life during early marriage.

First, a couple of shots taken in and around Boston. No other city has offered us views of autumn wealth such as these.

Fall leaves along a road near Cambridge, Nov 1966

Finally, several photos that show our ability to have fun and fly by the seat of our pants!

D in the Stocks! Somewhere near Cambridge, 1967 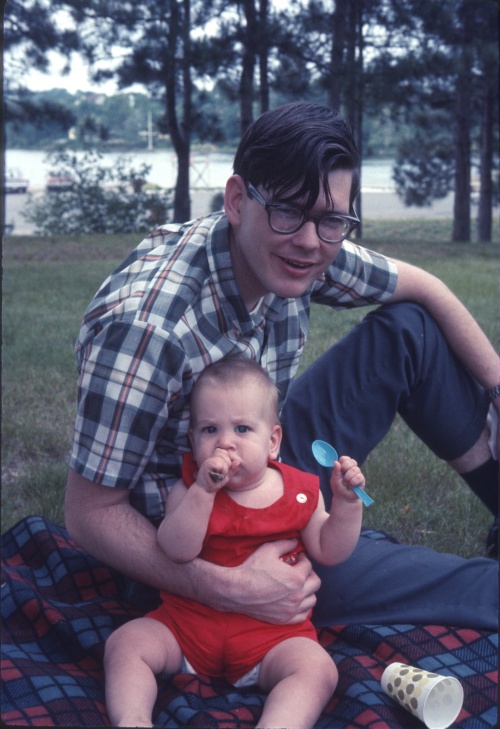 A little incentive goes a long way, or Spider Walk 1968. Note the vaccination! 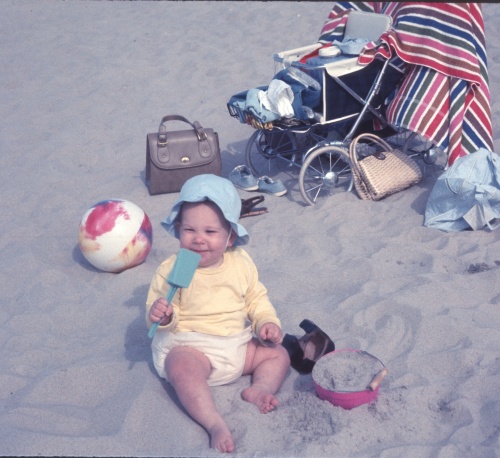 Bidding you all a fond farewell for now!

© Elouise Renich Fraser, 22 July 2015
Photo credit: Elouise (two pictures of D, and trip to the beach); DAFraser (all others)