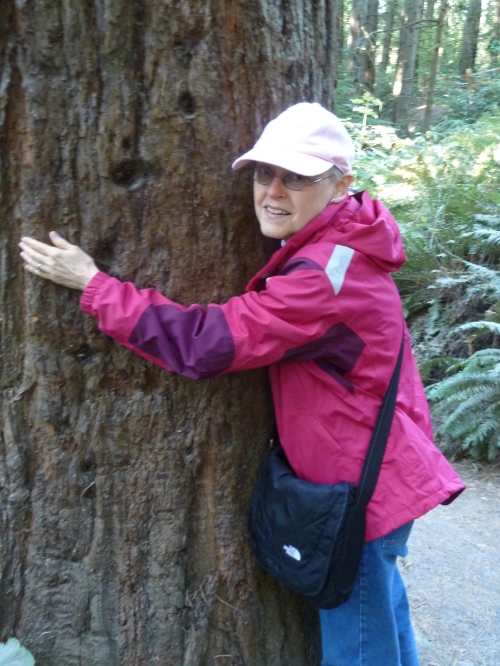 Today is our son’s birthday. I won’t say which birthday, except that it’s one year from being one of those Very Big 0-Years!

The photo above is in honor of our son Scott. I owe much of my current adventuresome spirit to him. No, he isn’t a tree hugger, but he’s definitely an outdoorsy guy. Always on the lookout with his nature-loving, camera-toting family for new or rare birds, small and large animals, adventure and excitement, the thrill of the hunt and pushing the limits. Anywhere, anytime.

A good balance, I think, for his almost-but-not-quite nerdy love of computers and all things connected with computer languages, information technology, and whatever it takes to make huge data systems work for the good of humanity. Especially in the areas of medical data and devices.

I honor him for his lifelong pursuit of happiness, sanity and serenity. He’s gifted with a mind that works quickly, efficiently, and intently on problem-solving. A great gift. But the greater gift is his ability to get along with just about anyone he meets. Friend, stranger, it doesn’t matter. He’s a consummate people-person, a faithful mentor and a devoted if sometimes over-the-top Dad and husband.

Yesterday, as I was about to take off for my restless walk, he called. Just to ask how I was doing. Needless to say, a heart to heart conversation followed. Of all the things I might wish for in a son, his interest in me and in D and how each of us is doing means far more than his exciting adventures or accomplishments.

And lest I forget, he loves music. My kind as well as his kind. Which moves him immediately to the top of my Favorite Son List!

Here he is, about one week old, just waking up, yawning and getting ready to exercise his considerably strong lungs. 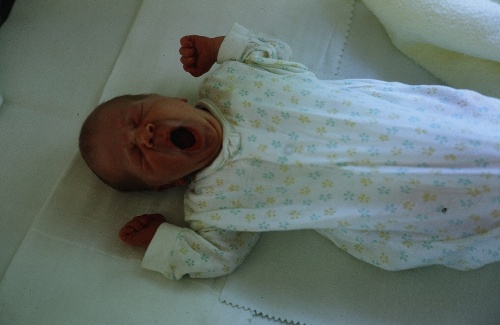 27 Comments to “A Special Day”