Who has not found the Heaven — below — 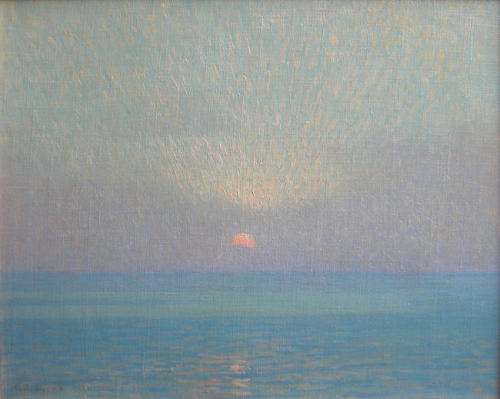 Wouldn’t you love to find heaven on earth? If so, Emily Dickinson’s little poem offers food for thought. My comments follow.

Who has not found the Heaven – below –
Will fail of it above –
For Angels rent the House next ours,
Wherever we remove –

When I went looking for this poem, I found a second version. One of the pitfalls of having poems published is dealing with editors who think they have a better way of saying things. In general, Emily’s cryptic, almost abrupt speech and layout betrays her hand.

Just for comparison, here’s the edited version that’s out there. All cleaned up and, from my perspective, changed in its meaning.

Who has not found the heaven below
Will fail of it above.
God’s residence is next to mine,
His furniture is love.

Sweet, but not what Emily wrote.

In the poem at the top, Emily says the key to finding Heaven lies with us, not with God or even with Angels. Not because they don’t exist, but because it all depends on our ability to recognize them. Not high above this earth, but right beside us, no matter where we are.

Emily suggests that each of our neighbors has the capacity to point us toward Heaven. It isn’t because they have deep theological insights, or preach sermons or make statements about heaven. Nor is it because they’re perfect, glow in the dark, or have wings and shining robes.

This little poem seems to put us on notice. Emily isn’t asking us to become Angels. She’s asking us to keep our eyes open for Angels. They may show up on our doorsteps when we least expect them. Not from Heaven, but from “the House next to ours.”

This life offers preparation for something beyond our current sight. Not doctrinal proof of Heaven or of Angels. Rather, a whisper, a suggestion, a hint of reality that visits us from time to time. Especially when we’re in need, whether we realize it or not.

Sometimes it isn’t easy to accept help from Angels who aren’t wearing brilliant robes or sprouting wings from their shoulders. They might look like the people next door, or just around the corner, or standing next to us in the checkout line at the grocery store. We may have decided they couldn’t possibly be angels.

Yet there they are, momentary messengers from God who let us know we’re not alone. With their words and deeds they show us a bit of what Heaven looks like on this earth. All so that we’ll recognize it “above.”

Have you been visited lately by an Angel?

Last night as I slept, one of my followers visited this Mother’s Day post from May 2015 and left a like. It includes several of D’s gorgeous photos from Longwood Gardens. To my surprise, it cheered me up this morning, though the subject matter is a bit heavy. I hope you also enjoy it. Elouise

Dear Mom,
I’m sitting here trying to put together a really nice letter for Mother’s Day. So far I’m getting nowhere. It isn’t because I don’t have ideas. It’s because I’m feeling a little lost today, and my ideas seem to be falling flat on their faces.

Last week was sad. Sister #2’s husband died, leaving us all gaping at the huge hole this left in our family. Sort of like the huge hole left when you died. Like yours, his death was relatively peaceful. Though he was in pain, his caregivers found a way to manage it so that his children and his nine grandchildren could be with him and Sister #2 when he died.

Some deaths are difficult. I’ve been reading a small book by Henri Nouwen called In Memoriam. It’s about his mother’s death. He talks about how many deaths he witnessed as a priest. Most were peaceful; some were…