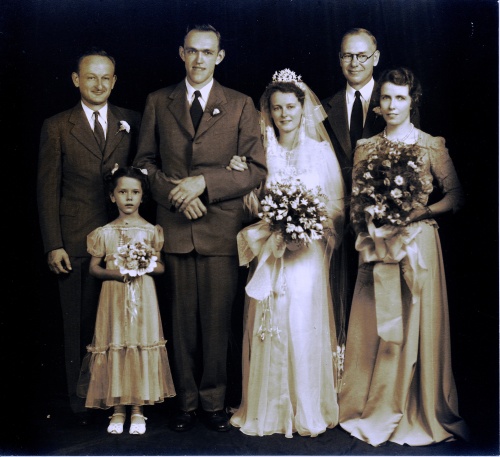 Is there an angel in your life? Someone who was there for you at the very beginning when you were most vulnerable? Someone who gave you a gift you didn’t know you had until very late in life?

When I was born, my father had already been flat on his back for 8 months in a TB sanatorium. He came home weak and alive when I was 10 months old. If you’ve read my earlier posts, you’ll know my ordained clergy father was no angel in my life. For a quick summary, read Why I haven’t buried God.

When I was born, my mother was living with a young couple and their 8-year old daughter. Hence I lived the first 10 months of life surrounded by my mother and friends who thought I was God’s gift to each of them.

When my father came home from the sanatorium, things changed quickly. Dad was never one to take his duty lightly. It didn’t take long to change the atmosphere, beginning with a push and shove about whether Uncle Ed was my father or not. And, of course, who was now in charge of our little family. My mother or my father. I believe my mother lost dearly in that transaction. As did I.

Eight months after my father’s homecoming, we moved from Charlotte, North Carolina to Seattle, Washington. I took with me the seed of that elusive thing called resiliency. They say some children have it and some don’t.

In my case, I believe that seed was planted in me the first 10 months of my life. By my mother, Auntie Wyn and Uncle Ed, and their only child Grace. They loved and played with me, fed, encouraged and doted on me. I was the most beautiful baby in the entire world. And I got to hear my mother playing the piano, nurturing in me another invisible seed of resiliency.

See the lovely photo at the top? All the important people (except me, of course) are there. My parents are already surrounded by my surrogate family: Auntie Wyn was mother’s maid of honor; Uncle Ed (with glasses) gave my mother away; Grace was my mother’s flower girl.

Perhaps the bond between my mother and me is stronger and deeper than I ever realized.