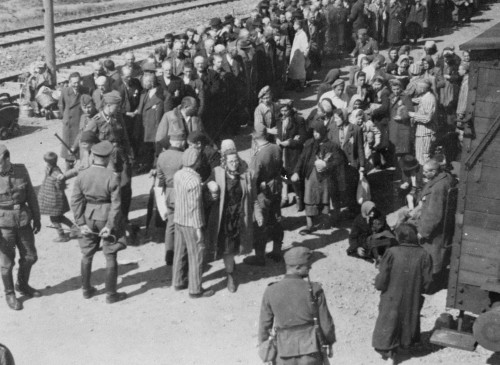 From her wheelchair
The frail old woman
Repeats her truth

I woke up today thinking about this woman and the doctor who experimented on her body, as told in “Ancient History,” an episode of Kavanagh QC.

Both are Jews, deported and taken to the same prison camp. He, a medical doctor, accepts an offer to run horrifying medical experiments on prisoners, or die. She is one of his unfinished experiments, saved in the last days of World War II. At what temperature could a living human being be frozen in water and brought back to life?

There were no winners. There never are. In addition, there’s a strange bond between these two prisoners whose lives are thrown together in a hell-on-earth situation.

This doesn’t mean choices made in hell-on-earth situations don’t matter. They do. But not always in the ways we imagine.

Sometimes they may show the content of our character, other times they might not. They may, in fact, show how terrified and helpless we are at the hands of our tormentors. And how much we want to live and die without being compromised.

Filed Under: Haiku/Poetry, Spiritual Formation
Tags: Abuse of Power : Ancient History : Choices : Drowning in truth : From her wheelchair : Kavanagh Q.C. : Nazi Medical Experiments : No Winners : the content of our character : The Holocaust : the human condition : The Survivors : World War II

4 Comments to “The Survivors”