Lost in a maze of hallways

In August 2015 I wrote and never posted this poem. Prompted by a dream, it describes my inner sense of disorientation as a new blogger. I wanted and needed to tell the truth. Still, I was uncertain how to proceed, how to find my way home to myself.

Today, as a citizen of the USA, I’m in another maze of hallways. I’m not in a dream. I’m disoriented. Wondering where the exit might be. Not just for me, but for all of us. Our nation is in turmoil, anguish and pain. Denial won’t work. Neither will a constant diet of diversionary tactics, or fake promises about tomorrow.

I’m wide awake lost in a maze of hallways
filled with small shops and out-of-sight
merchandise if only I will give up my
determination to find the exit and go home.

The young man with me seems happy to
be there smiling at me while dragging
his feet and holding me back with his
nonchalant air of everything’s fine just fine.

It is not fine. I know it. I feel it. I keep
looking around searching for the way out
I know this mall. I’ve been here before.
What happened to all the old landmarks?

Doors are locked. Other doors open onto
new hallways filled with glittering shops
and female shopkeepers smiling and asking
for my attention and presence. Won’t I stay?

I seek help from a woman standing in the
doorway of a small shop. She assures me
I’m not lost and will find the exit if I keep going
Her words soothe but fail to help me.

So what about today? In my real world? So far: A walk with D through the neighborhood, writing, pondering challenging material about white racism in USA churches, along with a Psalm of Lament. On the whole I’m feeling grounded, and grateful for friends and family members. Which includes Smudge, of course!

What lies within
beyond or behind?
Is this a point
Of no return?

Is this my home away
From home or a new
Portal ushering me from
This life into another?

I haven’t had many dreams in the past several years. However, they’re beginning to re-emerge.

In my latest waking dream I’m in a great, mixed company of people, including children. We’re in a large conference-like venue. I’m surrounded by strangely familiar and unfamiliar bits of reality.

Overall, I like the unfamiliar bits. First, the food — living plants and flowers eaten without plates or utensils. It tastes good, and there’s plenty of it. Second a room filled with children singing. Their music floats into a large corridor where adults of all ages sing along. What could be more uplifting than that?

I’m not afraid, though my level of uncertainty and sense of being a newcomer is sky-high. I don’t feel out of place. Instead, I feel my way along like the beginner I am, surrounded by people I know or knew, and some I don’t know at all.

Is this a party? Will it end? I don’t know. I wake up teary, wishing the dream would just keep spinning out.

That’s where I am as of today. This was a busy week, with more time away from home than usual. Today I’m chilling out, grateful for friends I saw this week, for good doctors, and for plenty of plant food (minus flowers) for my ridiculously cruciferous smoothies.

This week I feel like an alien in my own body skin and clothes
Who is this woman? Why is she here? Do I know her anymore?
And what’s she trying to tell me? Does it even matter just now?

On top of which we have a tropical depression bearing down.
Waves of heat and humidity that don’t wave or move at all
They just sit there undulating like serpents in a pit of pain 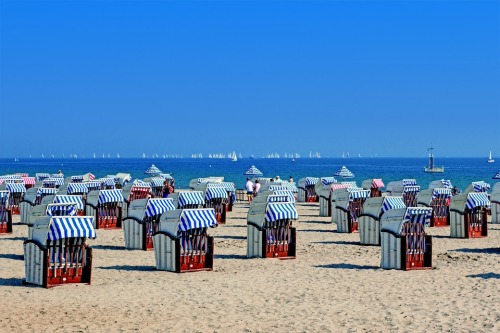 Caught in a near nightmare

In the dream, I’m alone in a small room, just getting ready to exit. I’ve decided this small room isn’t going to work for me. Suddenly a man I don’t know and have never seen before walks into the room. He isn’t impressive in stature or looks, yet I know in my gut that he’s potentially bad news. He immediately flops down on the single bed near the door.

As I walk toward the door to exit, he reaches out and grabs my hand. His face clouds over with contempt and a sneer. I know I’m done for if I don’t take charge. I feel small and defenseless. Caught in a nightmare not of my making. I feel his grip tightening on my hand.

I wake up not knowing what to say or do next.

The man’s eyes, the sneer on his face, and the totally invasive nature of his presence and behavior communicated his firm belief that I was totally irrelevant. In his eyes my life mattered not a whit.

It’s sometimes difficult these days, especially since I’m on the older end of the age spectrum, to maintain a sense of relevance. But this was bigger than that. It was about the invader’s power and willingness to exercise it no matter who I might have been. Though I’ll admit it didn’t help to be female.

This tired old world is in a season of growing visible and present chaos. The kind this world has seen before, though not with so many growing warehouses of nuclear arms and an over-supply of trigger-happy leaders ready to prove their supposed virility. Ordinary people seem to have become irrelevant. Except as props on a political stage.

I don’t fixate on this every day. Nonetheless, it’s always in the air begging for my addictive attention. If I remain fixated, I’m a goner, dead or alive.

Instead of playing along with the ‘dream’ man’s agenda for me, I relax, ignore his eyes and disgusting speech, and pray out loud and in a strong voice these challenging words from Mary Oliver’s poem, “Six Recognitions of the Lord.”

Oh feed me this day, Holy Spirit, with
The fragrance of the fields and the
Freshness of the oceans which you have
Made, and help me to hear and to hold
In all dearness those exacting and wonderful
Words of our Lord Christ Jesus, saying:
Follow me.

Which is my prayer for all of you as well. No matter what comes next.

Diminishing time, and yet…

I recently confessed, to my surprise, that I now want live to be 100 years old.

So what will I do between now and then? What’s my measurable goal, and how will I know I’m making progress? Or when enough is enough already!

Early Sunday morning I had this dream just before I woke up.

I’m somewhere away from home, with a group of interesting people who seem to have items they’re displaying in a large room. The hall is full but not crowded. The people themselves are interesting, and the items are all different.

I encourage a few visitors to walk around and look at the creative articles on display. There are women and men in the room. Artist types, but not selling their items so far as I can see. They’re just sharing them in this large hall for people to look at. I see several I want to visit. However, it’s late, and I know I need to be on my way.

In the next scene I’m driving my car. I have no passengers, and am on my way home via what looks similar to an interstate highway. I’m on an entrance ramp. There aren’t any signals or signs, but I know where I’m going. I pull onto the highway, into the traffic.

This dream got me wondering what I might display as one of the interesting artist types. After 3 ½ years of blogging, I have over 900 posts and 900 followers! I can scarcely believe it. I love blogging and have no intention of giving it up. It also seems a good time to reconsider my goal for all this writing. Especially if I want to display at least some of it.

The dream also got me wondering where I’m going on the highway. Home, yes. But where is home? I’m clearly in control, in the driver’s seat. No one else is with me, and I’m feeling happy, relaxed and expectant. The highway isn’t formal like an interstate or state highway. Yet it’s spacious, inviting, and busy without being crowded. It feels a bit rustic. It isn’t a ‘polished’ highway, but a well-kept road somewhere out in the country.

Here’s where I find myself today:

Beyond that, I have no clue where this might go. I do know, however, that without a Big Hairy Goal and measurable steps in a direction, I’ll think this one over to its grave and mine!

Thoughts? Comments? Experiences of your own? I welcome each and every one! Always.

Interior space
Unsettled body
Dreams bizarre
Young men
Novices
Uncertain
What to do next
I don’t know
Who to trust
Flying this plane
Murky fog
Lingers
Gives cover
The solace
Of not knowing
Slow drip
Of rain drizzles
Hazy unclear
What comes next
Is this the end
Or am I
Being born
Yet again?

No way I could capture this dream in prose. The sad overflow of a toss-and-turn night? No apologies. Glad to be awake and alive.

Maybe a weather front ambushed me. Or too much happiness yesterday. Whatever. The up-and-downness of recovery took a little dip. Trying to find my balance.

In my bizarre dream the little plane lurched out of the clouds without warning and landed on a beach in Florida. Sunny sky, gorgeous water rolling in, crowds of ice and snow refugees arriving, basking in the sun in the middle of winter. All a bit surreal.

whispers of the soul