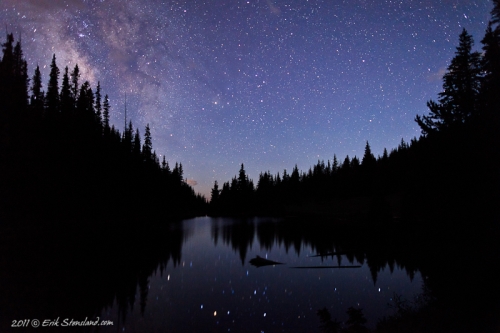 For over a month I’ve been going back to this poem from Emily Dickinson, trying to figure it out. Sometimes I think I get it. Other times I feel like giving up. My comments follow.

The Outer – from the Inner
Derives its Magnitude –
‘Tis Duke, or Dwarf, according
As is the Central Mood –

The fine – unvarying Axis
That regulates the Wheel –
Though Spokes – spin – more conspicuous
And fling a dust – the while.

On fine – Arterial Canvas –
A Cheek – perchance a Brow –
The Star’s whole Secret – in the Lake –
Eyes were not meant to know.

The first few times I read this poem I wanted it to say something like this: END_OF_DOCUMENT_TOKEN_TO_BE_REPLACED

The cost of keeping family and personal secrets END_OF_DOCUMENT_TOKEN_TO_BE_REPLACED

From my house to colored town

From my house to colored town in the 1950s,
A short half-mile drive, walk or ride on my bike.

The road I turned onto made a big loop past dense trees and shrubs
hiding big houses on the river, No Trespassing signs posted everywhere.
I wasn’t allowed to ride my bike through colored town.
I didn’t want to. It felt like trespassing.  I wasn’t afraid.
But I wasn’t comfortable, either. I knew I was an outsider.

Colored town wasn’t hidden away in the shrubs or trees.
Most houses were lined up one right after another
along both sides of the narrow paved road.
No sidewalks, right of way or long driveways.
Just huge water oaks overshadowing a narrow rural road.

I was shocked and disturbed by what I saw.
Everything from simple, sometimes patched together houses
of wood and metal, some unpainted, to a handful of
more stable, sometimes unpainted concrete-block houses.
Some with small stoops.  No fancy porches.

Easier to live in during warm weather; a stretch in the cold.
Most had chimneys, some didn’t. Some had electricity, some didn’t.
Windows and roofs could be sketchy, patched with metal and cardboard.
There were usually children running around.
Sometimes I could smell what was cooking for dinner.

I got used to it, but I didn’t get comfortable with it.
I felt awkward driving by and having people stare
at us and our car. What were they thinking?
My little girl heart went out to them. We drove slowly.
Every now and then a young child would smile and wave.

Public high school meant riding the yellow bus for white kids.
It also meant leaving our house early in the morning
so I could walk the half mile and not miss the bus.
I liked walking.  I didn’t like standing at the corner
just outside someone else’s house, waiting for the bus.

This was colored town. I always felt like a trespasser.
Partly because I was standing in front of someone else’s house.
But mostly because it seemed my eyes were trespassing,
seeing private things, private property, the lives of others
who hadn’t invited me to visit them today.

One morning I smelled the aftermath of a fire.
When I got to the corner, the first house in colored town
didn’t exist anymore.  Charred remains, smoke still in the air,
an eery silence.  No walls, no children, no food cooking.
The death of a family’s private space in an unprivate setting.

My mind raced with questions I couldn’t answer.
Neither could either of my parents.
Where did the family go? What about all their clothes?
There weren’t even any people around looking at it.
It was here just yesterday.  Gone overnight.

The tavern sat at the other end of colored town,
perhaps a quarter of a mile from where I caught the school bus.
The rural neighborhood was different on the other side,
thanks to the tavern and its late night services for customers.
It burned down years ago, taking many secrets with it.

In 1950 we moved from Southern California to the Deep South. I was 7 ½. This haiku and poem capture my night-time introduction to our new rural community. We’re about 15 miles outside Savannah, Georgia. 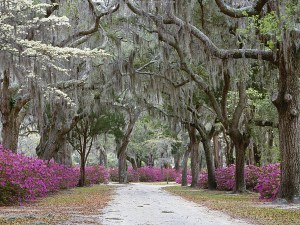 About You and Human Trafficking | Truth #1

Did you know it’s National Slavery and Human Trafficking Prevention Month?*   For the last five years I’ve worked as an educator, speaker and volunteer in this area.  At first I felt overwhelmed by the complexity of this global reality.  Yet in the end, it isn’t overwhelming.

Commodified Females and The Boss

It’s out there.  I published it.  Why am I feeling so much more exposed now than I did when I wrote about my father?  Or even the Shopkeeper? END_OF_DOCUMENT_TOKEN_TO_BE_REPLACED

What About the Women?

I tried to write another post about my relationships with men.  But I couldn’t.  I felt myself getting bogged down looking at only part of this confusing picture.  Yes, I have 5 pages of notes about men.  But I have over 13 pages of handwritten notes about women!

I never typed up any of these notes.  I was afraid someone might read them. END_OF_DOCUMENT_TOKEN_TO_BE_REPLACED

I’m ready to revisit this haiku+poetry.  It took a while….