Today was no different. I walked in, saw the Easter lilies and tulips, and dissolved into tears as we sang the first hymn. It all came flooding back, along with a story Dad told me when he was in hospice care.

The story was about you and his flower garden in our back yard. Maybe you remember it. That was when we lived on the river. The flower garden had tons of flowers, including Easter lilies and Dianthus, all planted by Dad. He used to say the Dianthus were there because they reminded him of you. 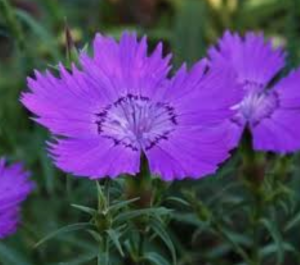 One day Dad noticed that some of his special Easter lilies were missing from his flower garden. When he went back into the house he found them–in flower vases and glass jars here and there!

It didn’t take long to find out you had done this dastardly deed. He said you listened quietly without tears. Then as you turned to walk away you asked, “Where are the flowers for the children?” Cut him to the quick, he said. And I have to admit, he had tears in his eyes as he told the story.

Do you remember that square patch of flowers near the rear of the back yard? It wasn’t very large. Maybe 5 feet wide. It had posts with twine supports for some of the flowers. Most were bright zinnias.

Dad told me, with tears in his eyes, that he planted that flower garden just for the children. We could pick them anytime, as many as we wished. All because you had the guts to ask the most important question of all. “Where are the flowers for the children?”

13 Comments to “Easter Lilies and Justice”