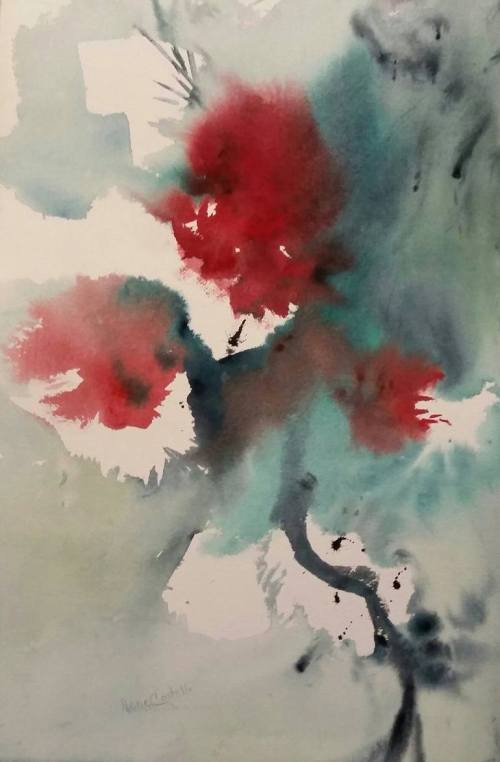 Here’s a lovely, if difficult poem from Mary Oliver. It’s about death. It’s also about learning to be a survivor. I’m posting the poem as a tribute to Diane (Sister #3), born on this day, Easter Sunday 1949 (leap year). Diane died in February 2006 after living more than ten years with ALS. My comments follow.

I went closer,
and I did not die.
Surely God
had His hand in this,

as well as friends.
Still, I was bent,
and my laughter,
as the poet said,

was nowhere to be found.
Then said my friend Daniel
(brave even among lions),
“It’s not the weight you carry

but how you carry it—
books, bricks, grief—
it’s all in the way
you embrace it, balance it, carry it

when you cannot, and would not,
put it down.”
So I went practicing.
Have you noticed?

Have you heard
the laughter
that comes, now and again,
out of my startled mouth?

also troubled—
roses in the wind,
the sea geese on the steep waves,
a love
to which there is no reply?

Dying isn’t for the weak; neither is surviving. Not as victims of cruel fate or the current pandemic.

In the end, we often don’t have any choice but to live with what we’ve been given. True, we might prefer to die. But Mary challenges us to welcome grief and the opportunity to let it shape our lives for the better, without destroying them.

I also hear Mary inviting us to give ourselves time. Enough time to be surprised at ourselves when laughter and joy sneak in unannounced.

In her case, Mary unexpectedly discovers herself seeing nature differently. Not just as shows of beauty, but as survivors. Like us, the roses and sea geese also live out their love of life in the midst of harsh winds or steep waves.

What could be more invitational and healing that that? Not as a pill we take, but a possibility we choose to embrace.

Filed Under: Death and Dying, Diane, Mary Oliver
Tags: ALS : COVID-19 : Healing : Health and Wellbeing : Heavy | Mary Oliver : Interpretation of Poetry : learning to be a survivor : Nature : roses in the wind and sea geese on the steep waves : That time I thought I could not : the human condition : Vulnerability